calery (in English: Calorie) for the first time in 1824 AD by Nicholas Clement [1] was defined as a unit of heat. Calories from the Latin word calor, meaning heat is taken. Between 1841 and 1867 the word was added to the cultures, English and French.

Calorie is defined in two ways:

These units were used for many years in metric measurement system. In 1948, the scientific community decided that because of the heat (such as) energy is transferred to the unit of SI [4] for the same Joule heat should be. 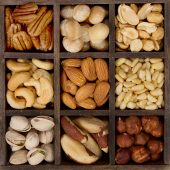 Proteins are large organic matter and biological Drshtmlkvlhay are one of the types of subunits called amino acids are made. Proteins such as three-dimensional chain of a coil polymers that are derived from amino acids. Amino acids such as a linear chain by peptide bonds between the carboxyl and amino groups adjacent to each other to form a polypeptide bring into existence.

The order of amino acids in a protein is determined by genes. Although the genetic code of 20 standard amino acid introduced, in some of the many types of organisms (organisms) included genetic code is Slnvsystyynv in some Rkybaktryha c Yrvlzyn. Sometimes there is a change in proteins: either before the protein can function or functions in cells as part of the inspection mechanism. Proteins are usually bound together to do our duty, which in turn is based protein. Such as unlimited arrangements in sequence and amino acid chain during protein production there, hence the numerous types of proteins may also be present. [1] As part of the cell called the ribosome Drvnyakhthay proteins by RNA (RNA) are made.

In January 2015 (January 1393) American and Australian scientists were able to recycle proteins. Those using urea and a special stirrer, boiled eggs turned back into the raw eggs.